The market share of "pure Linux" phones is still so small, that we may define its target as a small niche of enthusiasts and highly privacy-oriented market. No consumer chain sells Linux phones on the larger market, yet exclusive, luxury phone markers are turning to Linux as an allegedly more secure (and somewhat snobish) alternative to the popular Google-backed (and somewhat Linux-based) mobile OS.

The trend is unusual, but not surprising: Linux makes for a flexible base, which can be tweaked to achieve near-zero power consumption on need while giving at least an idea of security to particularly privacy-conscious users.

Last month, we saw the long-announced Librem 5 USA being finally officially launched, with US-sourced (allegedly safer) components and assembly line, for $2.000. While such pricing can be justified by the supply chain costs, and long-term investments by Purism in adapting the existing Linux ecosystem to the mobile Linux market, it sells well above what the most ambitious consumer phones could aim for. This device, however, is not the focus of this article.

In 2019, two very similar pure-Linux PDA projects appeared, both entirely designed and manufactured in Finland. This was the case of Necunos NC1 first (€1199), then the XXLSec Proteus Device (pricing unknown), although the latter appeared to be very similar, if not identical, to the former.

It could be speculated that the aim of such devices is mostly military or otherwise defence-oriented applications, in spite of the mobile Linux environment being so far ignored by most public investments on this side.

Outside the most genuinely security and privacy-oriented side of the market, we find some phones that are designed to be simply exclusive. This is the case of XOR UK, a company founded by ex-Vertu developers which produces a feature-phone-like device for a whooping €3.300 since late 2020. Needless to say, this exercise in style is proudly Linux-based as well.

Are these devices truly as secure as they are marketed? If so, that would be mostly because their user base is small (and inoffensive) enough to avoid hackers from developing much malware on them.

But on a more technical side, most of those minor projects offer, unlike Android, very little (if any) sandboxing of apps by default, which, alongside the fact that less-known, custom-made apps are quite likely to be vulnerable, the security factor is moved to a lower layer (i.e., requiring very platform-specific exploits) rather than solved.

It seems like "pure" Linux as an OS has a tendency to attract the extremes of the market, and hardly manage to get a grip on the average consumer, especially on devices where the user experience and software side start to be fundamental.1 Be it high-performance computers, Mars rovers, or $7 feature phones, Linux seems to be the de facto choice when a combination of decent reliability and good flexibility becomes essential, or if the will to escape the messy and overly layered Android ecosystem occurs either when security becomes a fundamental metric, or - playing the devil's advocate - even when the hardware budget is just too low to allow otherwise.

Are these niche mobile devices a win for the Linux market? Maybe in some sense, but hardly in the big picture. In some cases, their exclusive, yet "deep-fried" ecosystems hardly represent the idea of openness of running your own software on your own hardware, keeping devices into an active ecosystem and safe from "secure-obscure" closed-source code whenever possible. Or maybe Linux is becoming, more than ever, a convenient brand to put on any piece of technology that aims at being secure, or simply at escaping the norm, rather than something companies should not only adopt and modify for profit, but also contribute to.

[1] Exceptions exist: the recently announced SteamDeck, for example, might be the most recent attempt to bring Linux to a very mainstream (if not quite picky) community like that of gamers.

The Purism Librem 5, one of the most popular premium Linux phones around, just saw another increase in its retail price for both 2021 and 2022 orders. This was stated in a recent e-mail to backers, which was recently also released on Purism forums: As previously announced, we will be

Running the penguin kernel without numerous Google patches, proprietary drivers and heavy, restricting manufacturer modifications on Android phones used to be still considered, at most, an intriguing niche topic up to recently by most people. But the continuous efforts of mainlining ARM devices has been finally noticed by some kernel 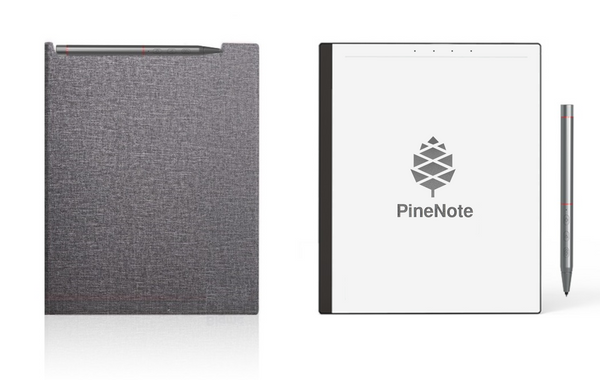 While our short holiday interrupted us for some weeks, we have become used to Pine64 launching some of the boldest mobile Linux devices ever seen. Still when, in their August update, PINE64 announced a new device, we remained particularly surprised. The PineNote, defined as a "hybrid [...] combination of notebook, tablet