In pre-Lumia (read Microsoft) times, Nokia phones used to be extremely widespread and praised for their very durable and innovative designs. Their relatively simple interfaces included some of the most advanced features one could expect on a phone, and the company even developed some essentially full-Linux smartphones with the Maemo operating system, which featured a lightweight Qt-based stack and gesture based navigation nine years before the iPhone X.

However, what most people may not know is that the sliding keyboard Nokia N900 and its siblings (N9, N950) are still among the most supported tuxphones by the Linux community, with full support for mainline Linux kernel and getting regular monthly updates on several distributions. That is both thanks to the practicality of the sliding keyboard, which makes portable computing much faster than on-screen ones, and to the relatively simple board design. In fact, several modern Linux smartphones and PDAs are inspired by the Nokia N900, and the original device tends to be more expensive than the Nexus 5 or other "modern" smartphones on eBay.

In fact, this device was almost never abandoned: the (small) Maemo Leste community has been maintaining a fork of the original Maemo software stack since. Some other distributions also offer full support for the phone, including postmarketOS (whose team even wrote a post on the phone's 10th birthday some time ago) and some others.

Back to the "news" part, however, in the last two months developers have made several improvements and updates for the Nokia N900, which received a working camera, better power management, composite TV video output (!) and more.

But the most important updates for this cycle regard the Motorola Droid 4, another old (2012) and widely Linux-supported sliding keyboard smartphone. Apart from stabler wireless connection, better power management, audio and slightly better modem support (but still in early work-in-progress), a multi-year effort to create a Linux driver for the PowerVR SGX540 and thus bring hardware acceleration to this and other devices has finally paid off, and the very first (and probably still non-optimized) driver can be seen in the video below.

This is an extremely important step for Linux support on older smartphones, as this and other similar GPUs are widespread but were totally unsupported by Linux up to now.

Last but not least, several parts of the Maemo UI have received updates and improvements, such as the Hildon launcher, the language control panel, some desktop widgets and the PIN entry dialog.

Finally, Maemo Leste is now entirely based on the newer Devuan (Debian minus systemd") Buster after some months of work to migrate all base packages from Stretch. Which means that, as of 2020, probably the only outdated thing regarding Maemo is believing it to be so. 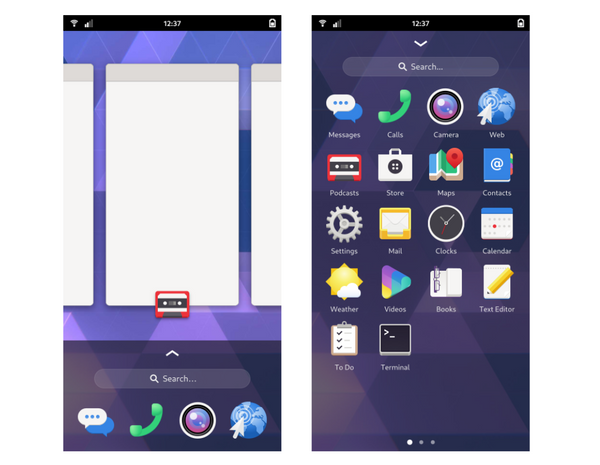 About a year after the first official GNOME apps received convergent user interfaces with Purism's libhandy, the most popular Linux desktop seems to be ready to take the next step: 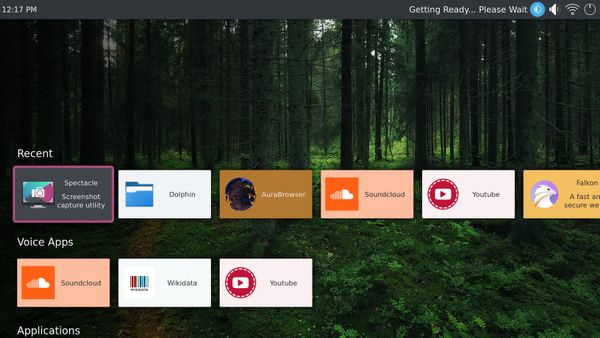 In a period of quick evolution of Linux environments towards broader concepts of UI, KDE has just introduced Plasma Bigscreen, a brand new desktop environment aimed at smart TVs. This