After the PinePhone "BraveHeart" (hardware 1.1) and the first Community Edition (1.2), Pine64 has released a new revision of their popular Linux phone, as announced in their July Update, their "biggest update in months".

The new "postmarketOS Community Edition" variant ("1.2A") doubles on storage as an option, offering 32 versus 16GB of eMMC and 3GB of RAM (vs. 2GB), and can be currently bought only in the "Convergence Package", which includes a compact type-C dock with Ethernet HDMI output (for reference, probably worth ~$25-30), for $199 in total, or alone but just in the 2GB version.

As a side note, a major flaw preventing some USB-C features (video output, Power Delivery etc.) has been found in the older PinePhone hardware revisions, but instructions on how to solve it (spoiler: with good soldering skills) have been thankfully released. This means, however, that old PinePhone users will not benefit of many features the USB-C dock alone without this hardware modification. Arrangements with local maker spaces are being done to help more inexperienced users to solve the issues with the help of more solder-skilled people via some sort of "tech support" network.

As some of you may not know, the difference between "standard" PinePhones and Community Editions is that the $10 of profit from their sale goes to the project with the logo on the back cover. While, in very free software spirit, postmarketOS did not generally accept donations so far, with all work being done in free time by volunteer developers and the infrastructure being physically hosted by their own developers, according to inner sources arrangements are being done to start accepting and distributing them inside the project.

However, this is just the start of last month's changes, showing that Linux geeks in lockdown periods tend to kill time with almost super-human productivity. Standby time has been extended to over 100 hours (24 with modem enabled) thanks to proper integration with the Linux Crust firmware project, PinePhone cameras are finally seeing the light (pun intended), a spare battery charger is now for sale and many updates for other Pine products (RISC-V soldering irons, Lomiri/Unity 9 on Pinebooks, new cameras etc.) are available. Last but not least, an "initial setup" app for postmarketOS is being developed for the phone to welcome users and give them basic indications and configuration.

And, as convergence is becoming a key point of all Linux smartphones, Purism came out with a very interesting blog post on "real vs. fake" mobile convergence very recently.

If this is not enough news for you, even more can be found in the lengthy July Update of the PINE64 blog below. Are Linux phones finally getting ready to become our next daily drivers? As we can see, possibly even more than that.

You can buy PinePhones in all their flavours from the official Pine64 Store, to which we are obviously not affiliated. You can, however, express your support for TuxPhones as small, one-time tips directly and informally if you like our content.

Modular phones have been hypothesized for years, with Phonebloks and Project Ara being the most popular concepts and just some shy experiments, like Fairphone 2, LG G5, Motorola Moto Z 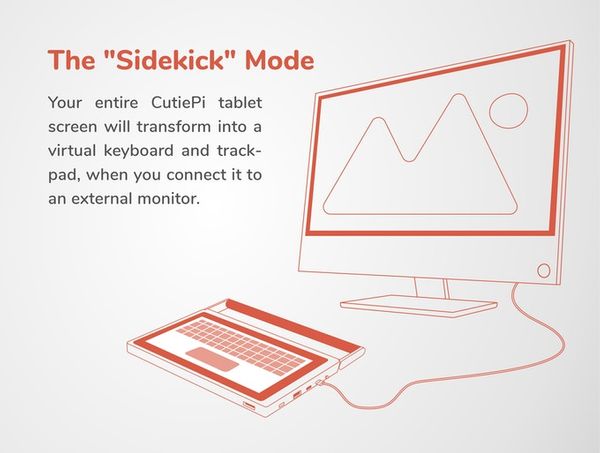 Back in 2013 or so, "convergence" was one of the most trending topics in mobile software development, taking inspiration from responsive web development and the gap between desktop and mobile