In this period, PinePhone projects seem to appear faster than anything else in the Linux community, like the multi-boot PineLoader bootloader, the JumpDrive recovery system and USB flash storage emulation apps to boot PCs from ISO files.

One of the largest and most interesting among these is the newly presented Sxmo desktop environment, short for Simple X Mobile, which includes several small programs to provide a minimal, smooth and extremely lightweight Linux experience on the PinePhone.

The project claims to be inspired by the suckless/UNIX philosophies of functional minimalism, and provides handy button-based navigation to switch between windows and arrange them in tiles. This kind of navigation runs as an overlay on top of the popular dwm window manager.

There are truly many already supported features and small applications, which include:

Last but not least, so many features packed in modular, independent small programs and scripts could make for an overall complete "framework" base to save much work also for running several other minimal desktops on the PinePhone and Linux phones in general.

If screenshots above are not enough, an extensive collection of videos on the official website showcase the functionality of Simple X Mobile. More details about the project can be found on the official page. 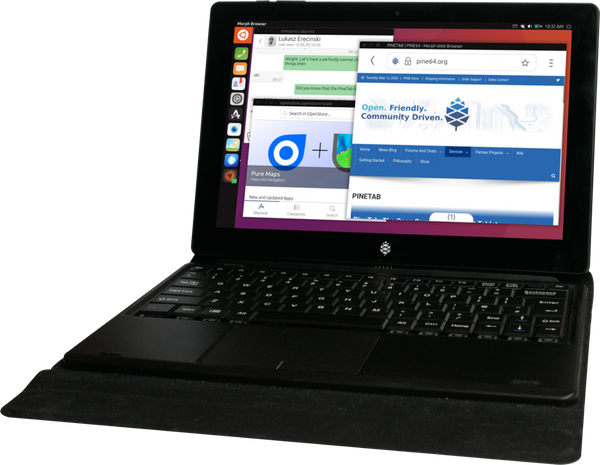 Almost one year after being announced, PINE64 has finally opened preorders for the AllWinner A64-based PineTab Linux tablet. The PineTab will cost $99 to the public, or $119 with its 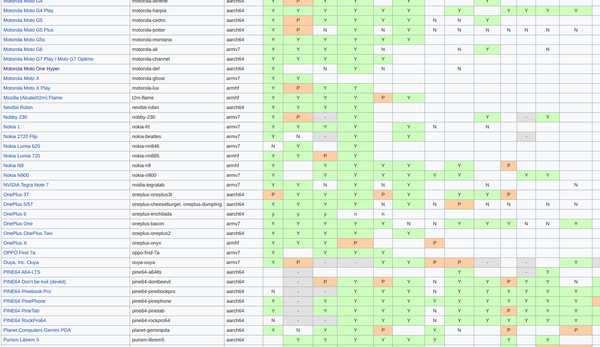 In its first three years of life, postmarketOS has gotten considerable popularity over time, partly thanks to the rising interest in the field after the huge press coverage of projects